Who is Buying US Real Estate?

I missed this report earlier. But it's a good one.

It's the Profile of International Home Buying Activity 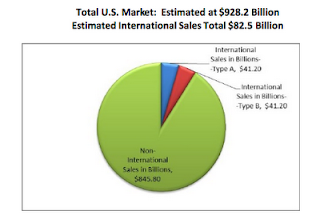 International buyers are a mere 10% of the market in dollar terms, $82 billion out of $846 billion in sales. But they tend to buy in states that the domestic market seems to be shunning, or that is so grossly oversupplied that domestic demand cannot make an appreciable dent in the supply. (Florida, Arizona, etc.) And 82 billion is a significant increase over the 66 billion of last year.


The international home sales market in the U.S. isconcentrated in terms of purchasers ’ home country andpreferred destination. International buyers came from nearlyall over the globe, but five countries (Canada, China (PRCincluding Hong Kong), Mexico, India, and the United Kingdom)accounted for 55 percent of transactions in the recent study.There is international activity throughout the country. Fourstates (Arizona, California, Florida, and Texas) accounted for 51percent of the purchasers

So, while ~10% does not seem sufficient to drive any market, even one set on the margins, they are disproportionately represented in the areas where they are shopping. 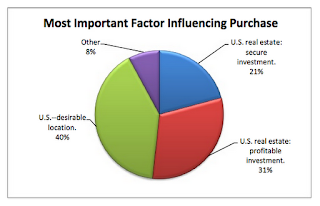 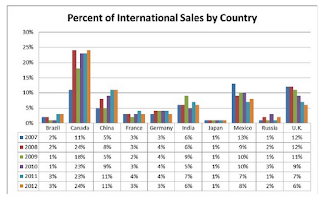 I really wish they had this by absolute dollar as well because it is difficult to discern if investment from the UK, for example, is really declining or just flat in absolute terms and being out muscled only by percentages. 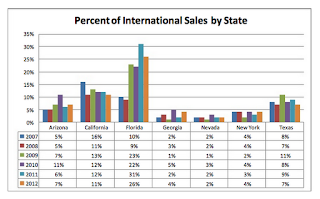 Forty-five percent of international purchases were under $250,000. There appears to bea gradually increasing trend towards purchases in the $250,000 to $ 500,000 range. There was a jump in the sales of homes valued at $1 million and up

The median for all sales in 2012 as 165,000 and the median for international was 252,000. A big jump and sales of 10 million plus homes is said to be surging. 62% were cash purchases due to difficulties getting financing in the U.S.